After a quarter century, Jewish and Israeli films show a strong and ever-growing presence on the Berlin’s cinema calendar

BERLIN—This week sees the fourth annual Seret Berlin – the International Israel Film and Television Festival attracting movie goers to cinemas in the German capital. The week-long screenings, featuring 19 films “made in Israel”, will give way, next Sunday, to the 25th edition of the Jewish Film Festival Berlin-Brandenburg (JFFB) – one of the largest and oldest festivals of its kind.

While Seret focuses on the entire spectrum of Israel’s film producing industry and Israel-centered subjects, JFFB pays homage to Jewish filmmakers and themes the world-over.

While the first twenty years of the post-Berlin-wall period saw a sudden influx of almost 200000 Jews into Germany from the former Soviet Union, the last decade saw an estimated 15000 Israelis make Berlin their home. The demographic rise of Germany’s Jewish and Israeli populations gave way to an exponential growth of Jewish relevant leisure-time activities – including Nicola Galliner’s Jewish Film Festival, now in its 25th year, and the Seret Festival, which began screening films in Berlin only four years ago.

While Nicola Galliner aimed to educate moviegoers about the diversity of Jewish life around the world, at her Film Festival, the founders of Seret began their world-wide screenings of Israeli films in order to highlight the export prowess of Israel’s hit television formats and films.

What both festivals share is giving audiences an inside look at cultural and social diversity – be it within Israel’s distinctly heterogeneous society or within Jewish communities around the world.

Dietmar Woidke, governor of the state of Bradenburg, the region surrounding Berlin, has called the Jewish Film Festival “a great cultural asset to the people of the region who want to learn more about the lives of Jews in Israel and around the world”. This could be said about both festivals each of which has contributed to making Jewish and Israeli life more tangible to moviegoers of the region.

Although it is not entirely clear whether or not both festivals are competing against or complementing each other, both have, without a doubt, lengthened the season of the Israeli and Jewish film presence on the Berlin cinema market and this is good for all moviegoers. 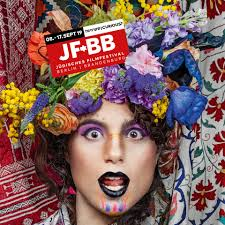 The Jewish Film Festival Berlin-Brandenburg (JFFB) will take place 8-17 September, 2019. A mix of fourteen arthouse and mainstream venues throughout Berlin and neighboring Potsdam will host the screenings of 50 films. Most of the non-retrospective films will vie for the €7000 endowed Gershon Klein Award for “Best Director Feature Film”, “Best Director Documentary” and the “Special Recommendation of a German Film on Jewish Themes”.