You are at:Home»Eastern Europe»More than 2,000 Jewish athletes attend opening Maccabi Games in Hungary

More than 2,000 Jewish athletes attended the opening ceremony of the 15th European Maccabi Games on Tuesday in Budapest.

Hailing from 42 countries, the contenders will compete in sports such as swimming, boxing, fencing, chess and soccer. Israel sent 180 athletes, its largest delegation ever, to compete in the week-long tournament, which takes place every four years in a different European city.

Central Europe has not hosted the event since the first European Maccabi Games in 1929 in Prague. 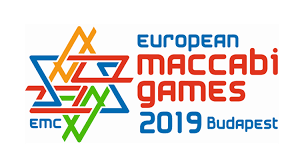 Motti Tichauer, chairman of the European Maccabi Confederation, spoke at the opening ceremony about major threats facing European Jews. He said on the far-right, “Our societies have no place for fascism and racism” and on Islamist extremism, “Whoever comes to our continent has to respect our values.”

A rabbi at Tuesday’s ceremony also recited Yizkor, a mourning prayer, in memory of the Jewish athletes murdered in the Holocaust along other victims. He told the crowd, “That all of us are here now is proof of Jewish continuity in Europe, we are a symbol of ‘Am Yisrael Chai’—the people of Israel live and thrive, and tonight we are celebrating this.”

“To me, this is not just another sporting event filled with athletes. What I see is our future. What I see is the future of the Jewish people,” said World Jewish Congress president Ronald S. Lauder.

On Wednesday, the athletes visited the grave of the first Jewish Olympic champion, Alfred Hajos, in Budapest and unveiled a commemorative headstone honoring him.