Israel’s ambassador to Belgium and two Jewish organizations have called on the Speaker of the Belgian parliament to withdraw a controversial photo exhibition in the parliament dedicated to the detention of Palestinian children entitled “The intolerable: children in military detention.”  It is visible since 17 November in the hallways of the parliament.

In a tweet, the Israeli ambassador, Idith Rosenzweig, challenged the president of the Belgian Federal Parliament, Eliane Tillieux, in denouncing the exhibit. She showed that the photos and texts only serve to demonise Israel, do not take into account the attacks committed by minors, the stone throwing and the education to hatred. She also shared the video of a Hamas training camp showing the brainwashing of children.

She also called out the Belgian MPs who authorised the exhibition:  “Dear MPs, it is regrettable that your esteemed rooms are being used for a manipulative exhibition. Think of the Fogel family – the word ‘child’ suggests innocence but the Palestinians regularly use children as killing machines and using the title of this exhibition, she concluded that this is “no way to treat a child.”

The Forum pointed out that the exhibition ”apparently serves only one purpose: to demonize the state of Israel and its inhabitants.” ‘’There is no mention of the fact that Palestinian parents often raise their chil00dren in blind hatred of Israel and the Jews and even send them to become suicide bombers,’’ it said.

‘’Israel and Jewish ethics assume that in principle every child in the world is innocent. Thousands of Palestinian children are treated with love every day in Israeli hospitals. No trace of this in the exhibition of course,’’ it added.

‘’Nor the fact that some of the Palestinian minors detained in Israel engage in excessive violence or even become members of suicide squads.’’

‘’It is the lack of context in the exhibition that makes it unacceptable for it to be displayed in the public spaces,’’ the Forum said, adding that almost identical exhibitions in Spain and Germany in the past have been withdrawn prematurely after protests. 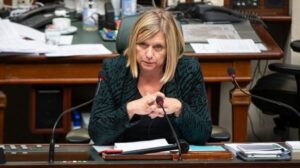 Belgian House of Representatives’ Speaker Eliane Tillieux said that the exhibit’s main objective ‘’is humanitarian, to show that children are always the first victims of armed conflicts.’’

For the CCOJB, the exhibition ‘’contains deliberately decontextualised allegations and conveys a vision that is the opposite of the values and democratic principles of the State of Israel, within the framework of a state governed by the rule of law, particularly with regard to children, without distinction of origin, nationality or religion.’’

‘’The exhibition reveals a hateful and dogmatic militancy on the part of its organizers,’’ the organization said, adding that it constitutes, by its mere presence in the parliament, “an unacceptable import of the very complex conflict prevailing in the Middle East.’’

House of Representatives’s Speaker Eliane Tillieux responded to the ambassador by saying : “I did receive your email regarding the photo exhibition that is currently on display in our Parliament. This is a photo exhibition initiated by the Belgian branch of the NGO Defense for Children International. This NGO has been in existence for almost 30 years and is financially supported by the Belgian public authorities. This exhibition was agreed upon at our Conference of Presidents, which brings together all the leaders of the political groups in the House.’’

She also wrote that the exhibit’s main objective ‘’is humanitarian, to show that children are always the first victims of armed conflicts.’’  ‘’The parliament is the place par excellence of freedom of expression in which all political sensitivities have the right to express themselves, respecting of course the fundamental values on which our democracy is based.’’

She concluded by saying: ‘’I have taken good note of your request to be able to organise an exhibition in the Assembly as well, in accordance with our internal procedures.’’