Breaking
You are at:Home»Western Europe»The fate of a fisheries agreement between Morocco and the European Union could have repercussions for Israel.

BRUSSELS—The fate of a fisheries agreement between Morocco and the European Union, to be fixed on February 27, could have repercussions for Israel.

This decision is highly anticipated by the Moroccan and European authorities, whose relations are regularly disturbed by the Western Sahara issue.

The European Commission has recommended the launch of negotiations for the conclusion of a new fisheries protocol. The current agreement will expire on 14 July and an independent study has highlighted the positive impact of the current protocol in terms of sustainable fisheries and its contribution to the socio-economic interests of the fisheries sectors both in Morocco and in the European Union (eleven EU countries are concerned).

But before that, the Court of Justice of the EU will have to follow or not the opinion of its Advocate General, Melchior Wathelet, a former Deputy Prime Minister and Minister of Justice in Belgium, who asked, on January 10, that this agreement be purely and simply invalidate.

The issue goes back to a complaint lodged in 2016 by a pro-Polisario NGO, Western Sahara Campaign (WSC), before the British justice. In its complaint, the association, which promotes the independence of Western Sahara, argued that the fisheries agreement concluded by the EU and Morocco was invalid because it applies to a disputed territory.

The NGO thus accused the United Kingdom of having acted illegally by applying this fisheries agreement and, in particular, by granting preferential tariff treatment to products originating from the Sahara, certified as Moroccan products.

Since this complaint concerned a European agreement, the British High Court of Justice had referred the case to the Luxembourg-based European Court of Justice and asked to  investigate whether an association such as WSC had the right to challenge the validity of EU acts for non-compliance with international law, and whether the fisheries agreement was indeed valid under the Euopean law.

“This is the first request for a preliminary ruling concerning international agreements concluded by the Union, as well as their concluding acts”, argued the European Court of Justice. 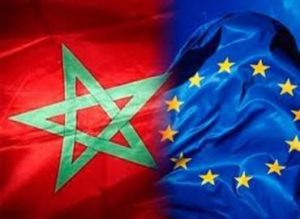 According to Willy Fautré, Director of Human Rights Without Frontiers, a renewal of the fisheries agreement will contribute to social and economic stability in Morocco as it will be a sustainable factor contributing to local employment.

The Advocate General at the Court has sided with the NGO, saying that this fisheries agreement concluded between the EU and Morocco “is invalid because it applies to Western Sahara and adjacent waters ”.

According to Willy Fautré, Director of Human Rights Without Frontiers, a renewal of the fisheries agreement will contribute to social and economic stability in Morocco as it will be a sustainable factor contributing to local employment.

“If the agreement is not renewed, tensions could affect relations between the EU and Morocco,” he writes. Moreover, he adds, the EU could thus lose a major leverage to induce positive changes in Morocco ”.

Would such eventuality push the pro-boycott associations, such as BDS,  to use this precedent to go before the European court  in order to invalidate the EU-Israel Association Agreements?