Breaking
You are at:Home»Western Europe»Anti-Semitic and jihad textbooks at the heart of imams training in Brussels

BRUSSELS—Antisemitic manuals advocating armed jihad are included in the curriculum of the training of future imams and teachers at the Grand Mosque in Brussels located a few hundred meters from the European Union headquarters, reveals a confidential report from OCAM, the governmental coordinating unit for threat analysis in Belgium.

According to the report, revealed by Belgian daily La Libre and RTL Tvi channel, many of these manuals are freely available in Brussels and elsewhere.

The OCAM document mentions the fact that “the teaching of the Muslim religion of the Arab section of the Islamic and Cultural Center of Belgium, the name of the Brussels Grand Mosque, ‘’is in no way adapted to the Belgian or European reference framework. They contain Salafist ideas and doctrines that encourage the rejection of any different ideas and fundamental constitutional rights and freedoms “.
Moreover, the OCAM insists on the fact that “many mosques and Islamic centers in Belgium still have in their libraries and as part of their training activities textbooks and other documents presenting a problematic content in terms of radicalism, xenophobia and anti-Semitism.’’

OCAM specifies however “that a generation of young imams and theologians is born, although it is still limited in number, which intends to limit consciously and proactively the religion and the religious education in the contemporary thought”.
In a press release, CCOJB, the umbrella representative group of Belgian Jewish organisations, expressed its concern at the OCAM’s report that ‘’unsurprisingly’’ anti-Semitic texts adocating armed jihad are included in the training of some imams in the country and sold over the country, particularly in Brussels. 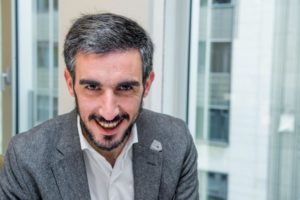 CCOJB President Yohan Benizri,: ‘’Of course, it is not only a question of ensuring that our authorities protect us and eradicate this phenomenon, we must also encourage and work towards the emergence of a moderate Islam against these unbearable drifts. “

CCOJB urgently called on Belgium’s political and judicial authorities who have begun a work to uprooot this phenomenon ‘’to accelerate and deepen it because the finding is very alarming not only for the Belgian Jewish community but obviously for the whole  country.’’

‘’The risks are considerable for everyone’s safety and civil peace, as the problems identified in the training of imams signal the possibility and extension of violent radicalization,’’ it said.

CCOJB President Yohan Benizri, who is also Vice President of the World Jewish Congress, declared: ‘’Of course, it is not only a question of ensuring that our authorities protect us and eradicate this phenomenon, we must also encourage and work towards the emergence of a moderate Islam against these unbearable drifts. ”

‘’We will remain attentive to the follow-up of this observation by the government and the judicial authorities,’’ he said.