You are at:Home»Western Europe»Austrian Minister: spread of antisemitic content on social media platforms, including Tik Tok, must be stopped

Vienna does not want to wait for Brussels in the fight against hate online. A few months before the Commission is due to present its proposal for a Digital Services Act (DSA) in autumn, in which online platforms are to be regulated, the Austrian government wants to draft its own law.

Online platforms will thus be obliged to delete illegal content within a certain period. In addition, all companies concerned are to appoint their own authorised representatives to ensure that a central person can receive complaints and sanctions.

She noted that the TikTok platform, which is particularly used by children and adolescents, is also affected.

“Anti-Semites are not born anti-Semites, they are brought up by their surroundings. It is absolutely unacceptable that content of this kind can be put online and shared online free of consequences, on a platform which children and young people in particular use, the Minister added as she responded responded to media reports in connection with extremist right-wing content on TikTok.

She said that the Austrian government plans to develop means to regulate and require removal of illegal content in Austria, and supported broader initiatives at the European level. 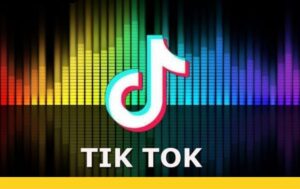 “Internet platforms – be they from the USA, China or Europe – have a clear responsibility to act actively against the distribution of illegal content and to abide by our laws if they have users in Austria. Illegal content must be deleted immediately. This is currently not happening satisfactorily. We therefore support initiatives such as the Digital Services Act at European level, but we will go ahead in Austria and enforce clear rules,’’ stressed Minister Edtstadler.

The World Jewish Congress applauded the Austrian Minister’s comments. ‘’We look forward to continuing to work with the Austrian government and other European governments as they pave the way by condemning the existence of such violent material, and building and exercising their authority to limit its dissemination.’’

“As Federal Minister Edstadler said, children are not born antisemites. We call on the leadership of the EU and its member states to publicly denounce antisemitic rhetoric and strengthen legal and regulatory means to end its spread.”